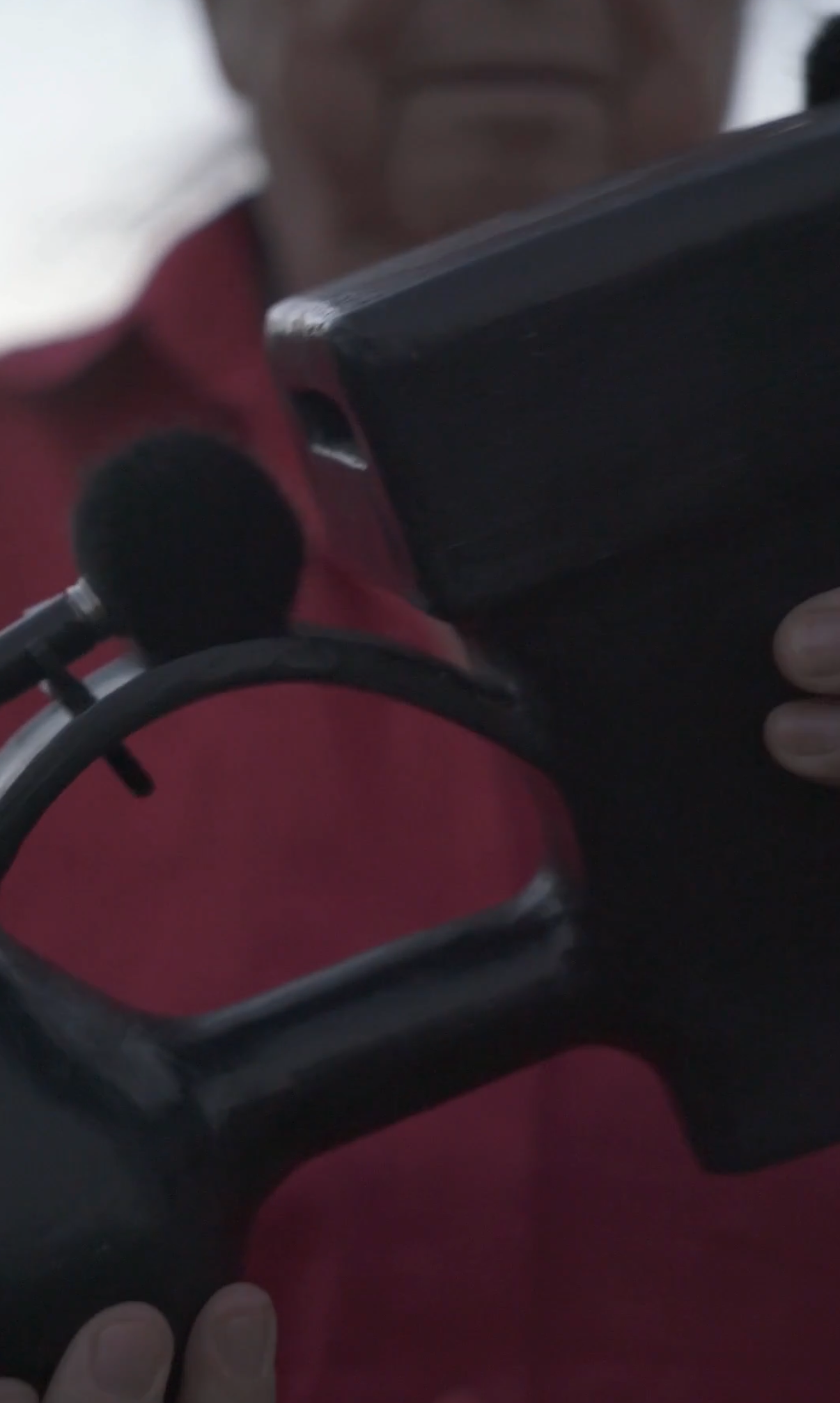 Infrasonica – The Sorrow of the Inverted Sailer

In The Sorrow of the Inverted Sailer, Chilean multidisciplinary artist Enrique Ramírez treats us to a presentation that features and unites indigenous instruments, multi-generational performance, and the harnessing of the elements to produce a moving visual and sonic piece.

Audible Matter was the title of our second Current, exploring the relationship between sound, the audible and matter. By acknowledging the distance between the human-known and the enigmas of the planetary-unknown we are keen on exploring the possibilities of sound as a place for cognitive and sensitive growth in kinship with the planet. We opened this Current by asking about mediation and translation, about indigenous epistemologies in tandem with the non-human world and about silence and infrasonic registers of sound.

Through the exploration of audible matter, we aim to learn from river’s stones, speculative archeological objects, specters of colonial history, bells transformed into weapons, Mayan textiles, volcanoes, diasporic histories and sonic images. We know that an exploration of the sonic must debunk the cognitive reduction of the audible to Western reason.

By taking distance from the common separation between matter and sound, we propose an understanding of the sonic in tandem with the materiality of the world to which humans comprise merely one part. In this case, we participate in a system of knowledge that, instead of belonging to us, we belong to. We are part of something larger than the sum of our individualities. A forest and its sounds can be understood as a non-human knowledge system, where matter, sound and audibility are not completely separate.

Enrique Ramírez’s work combines video, photography, installations and poetic narratives. Ramírez appreciates stories within stories, fictions straddling countries and epochs, the mirages between dream and reality. This Chilean artist, who lives and works between Chile and France, often uses image and sound to construct a profusion of intrigues and to occupy the equilibrium between the poetic and the political. His imaginary worlds are attached to one obsessional element—his thinking starts with the sea, a space for memory in perpetual movement, a space for narrative projections where the fate of Chile intersects with grand narratives of voyage, conquest and migratory flows. His liquid images speak of the sparkle of a truth in permanent flight, the backwash of history, always repeating and never the same.