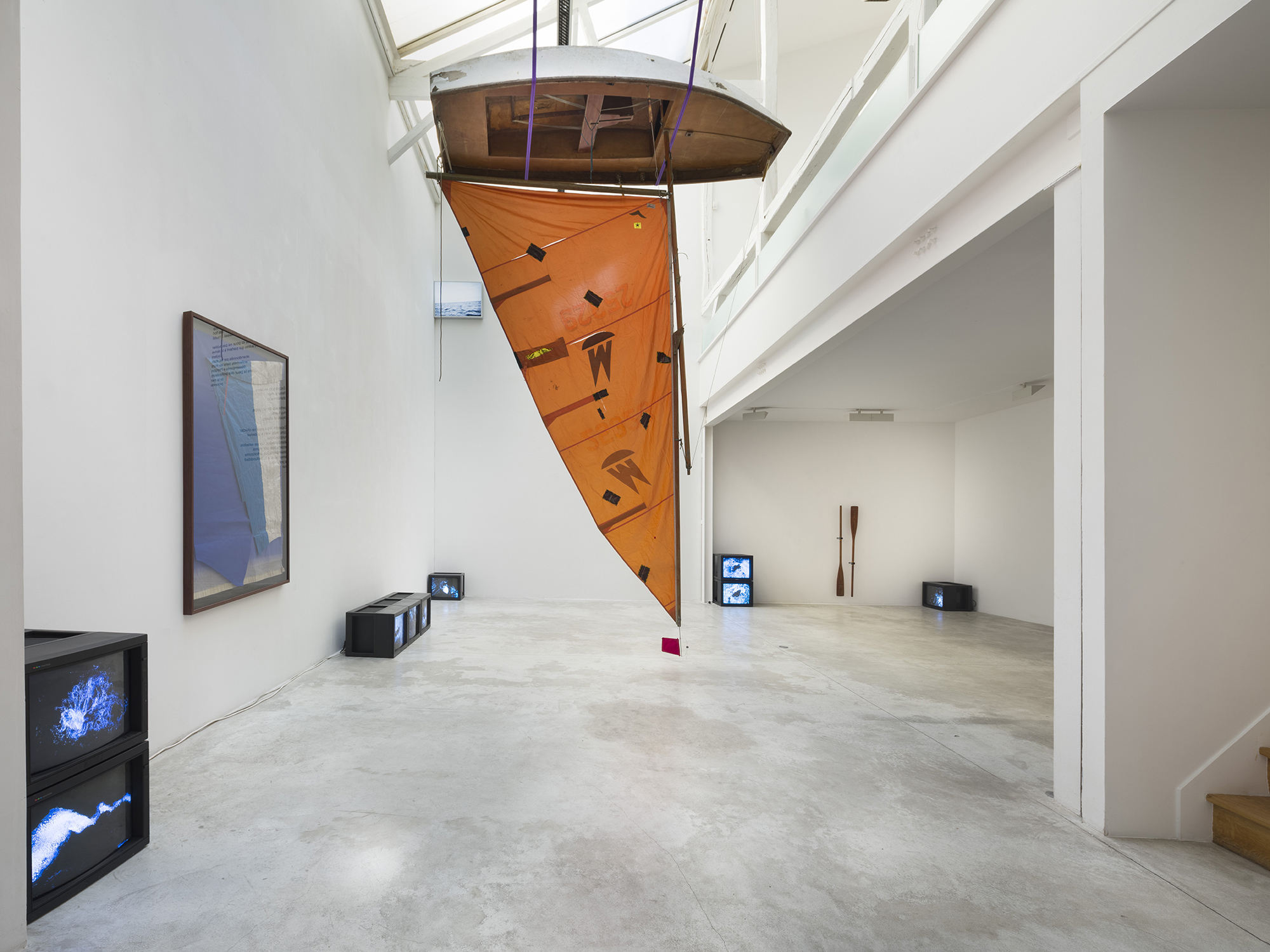 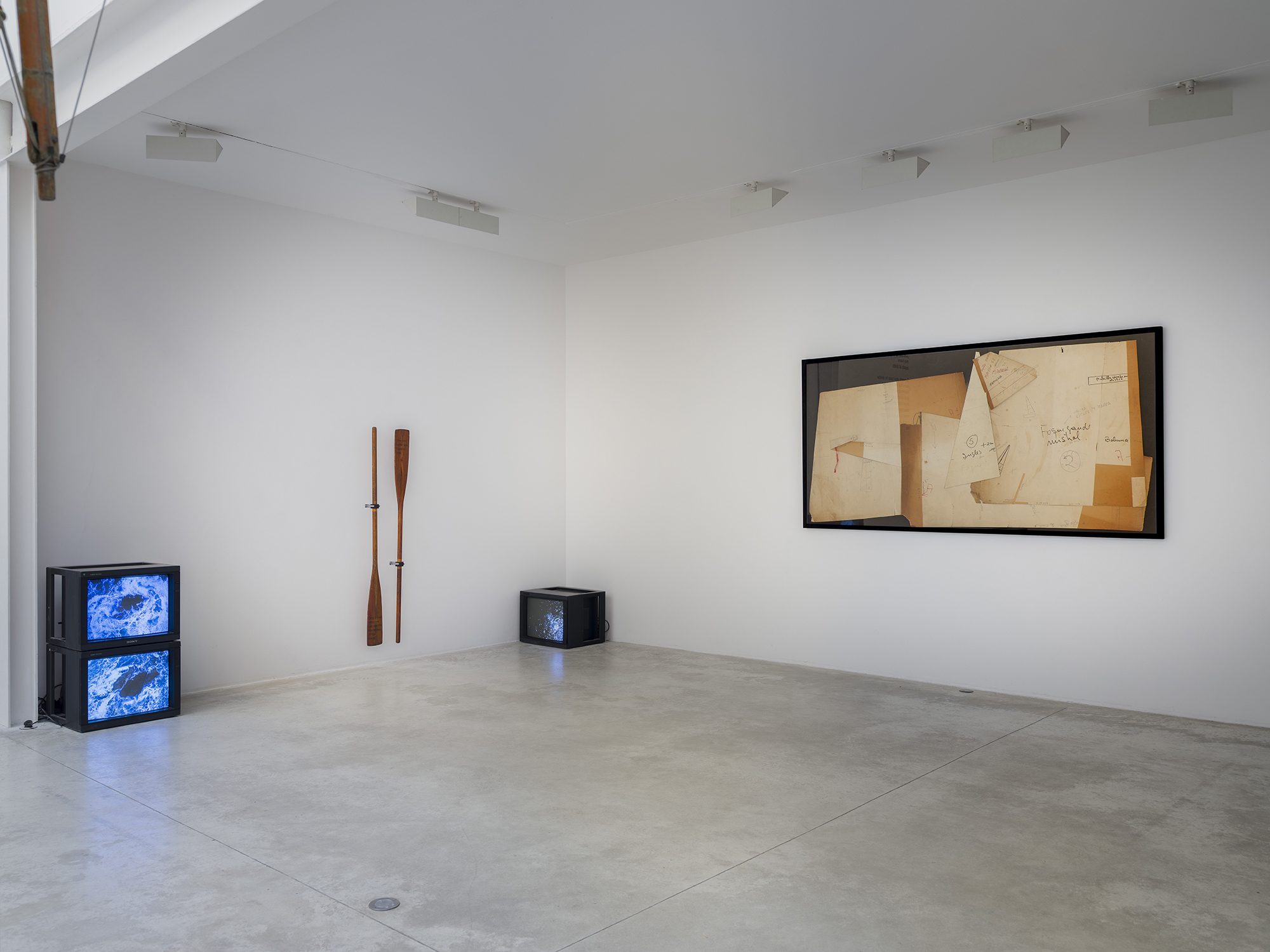 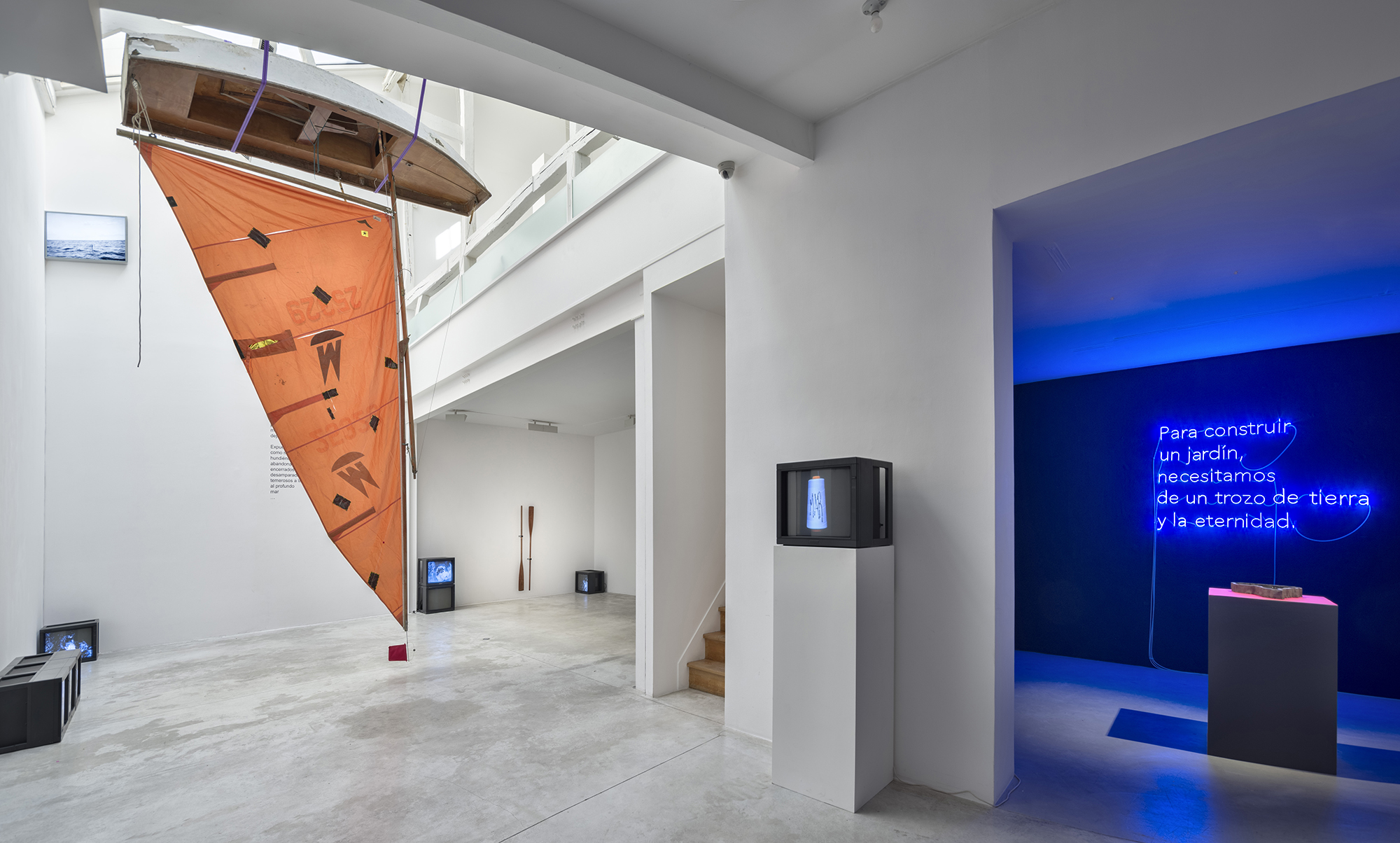 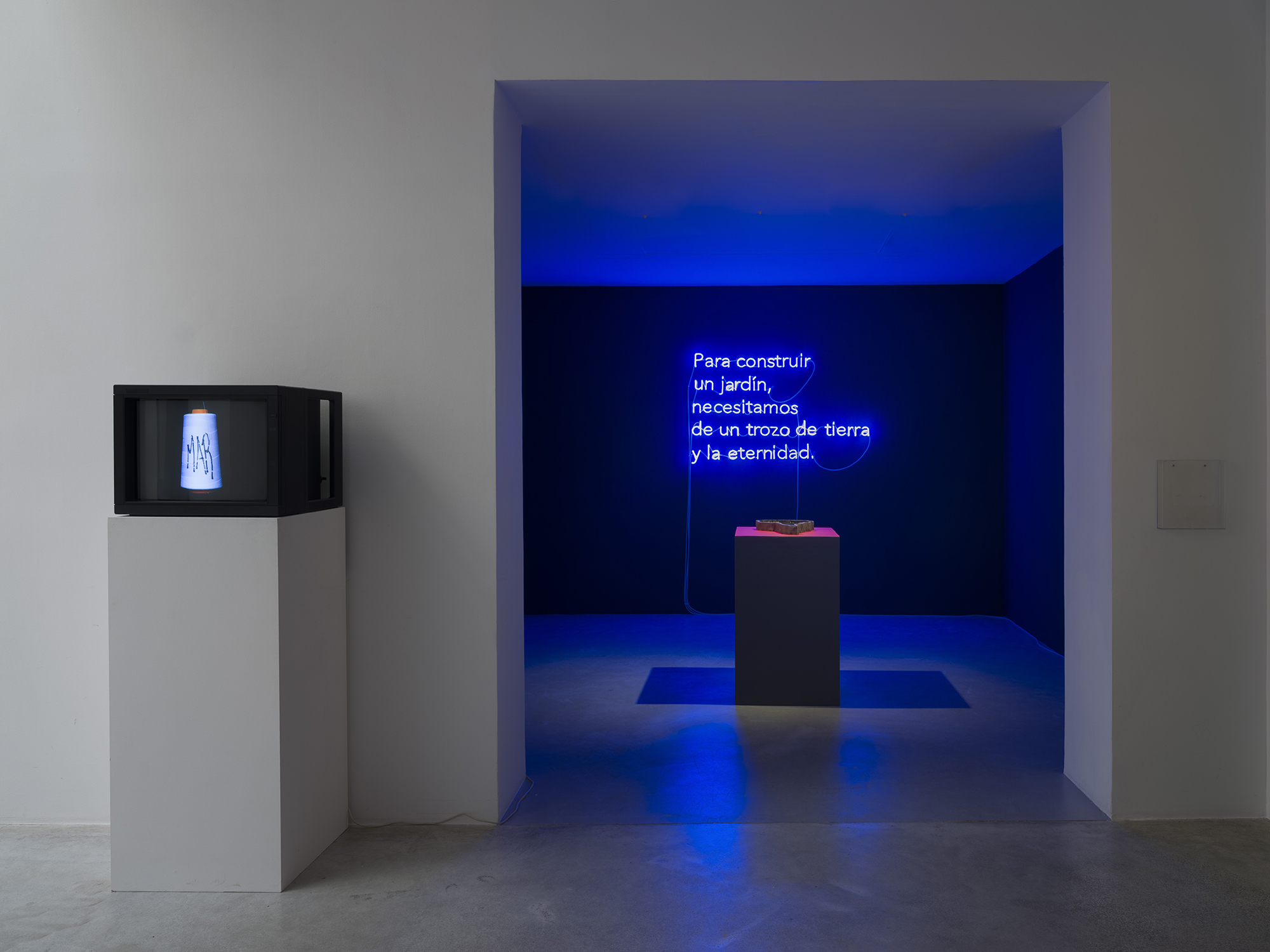 « Mar mAr maR is a repetition but also an act of resistance. It symbolizes the world’s resilience. Mar mAr maR is not just the sea, in the literal sense, but you, me, the other, the friend, the stranger, the “other” world which the media are abandoning for lack of interest, it’s the immigrant, the displaced person, the wrecked ship, it’s the silent complaint of the earth when it meets the sea.

When I imagine a work, I try to project myself into a place I’m not acquainted with, a place which I would like to enter and be transported through… A place where darkness would help to better see the light of images, that light which is not only there to get us to travel, but which also invites us to share ideas, and ways of thinking, seeing, feeling, and listening… The sea is like a window looking out over this world of mysteries and opportunities.

The works in this exhibition try to answer these questions. They draw a map whose outlines are inspired by the upside-down map (America Invertida, 1943) drawn by the Uruguayan painter Joaquin Torres Garcia. This illustration of South America upside-down has become a symbol of the efforts made by this continent to assert its central place. Joaquin Torres Garcia put the South Pole at the top of the earth, like a visual

When I think of my earth, I think of the sea. I think of a sea in the South American world, where the waters cling endlessly to what we call a terra rma. We have always been uctuating, like a garden under everlasting construction, a world in constant con ict. We often have memories of vague memories, unstable images which our world is permanently altering, like a dispossession of history whose tale is never nished, like waves endlessly meeting the earth again and again… Mar mAr maR… a repetition, an act of resistance. »