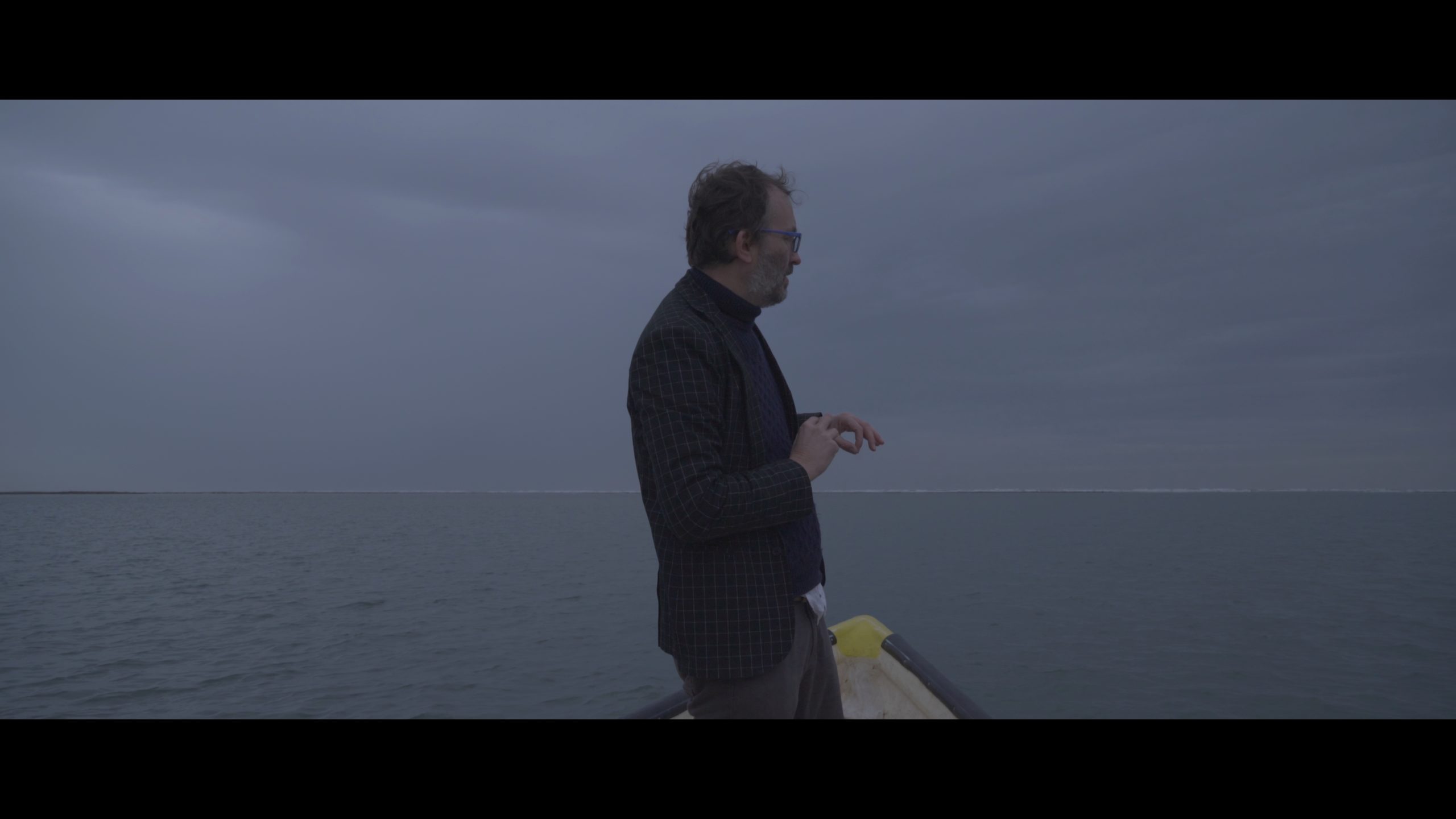 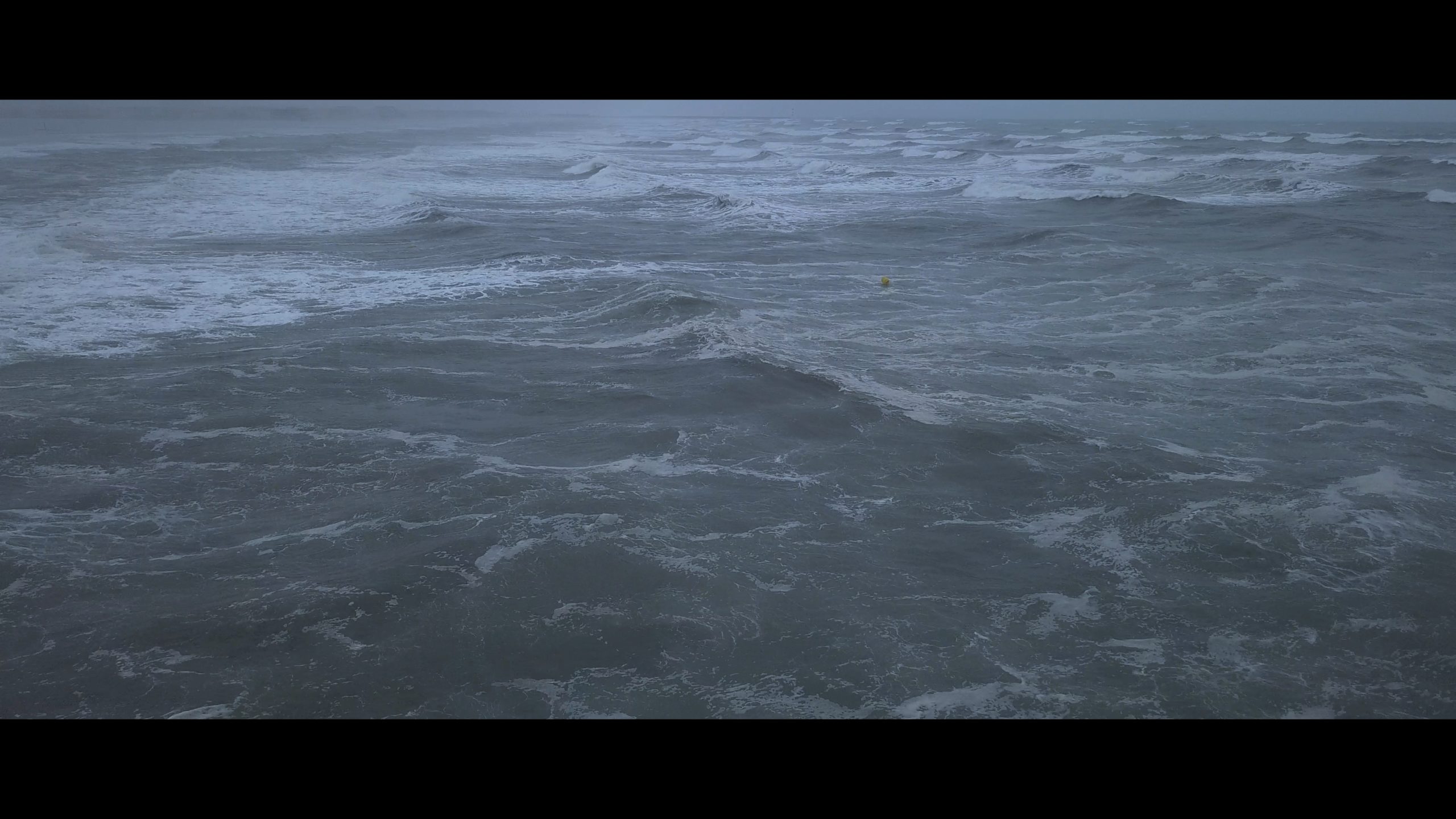 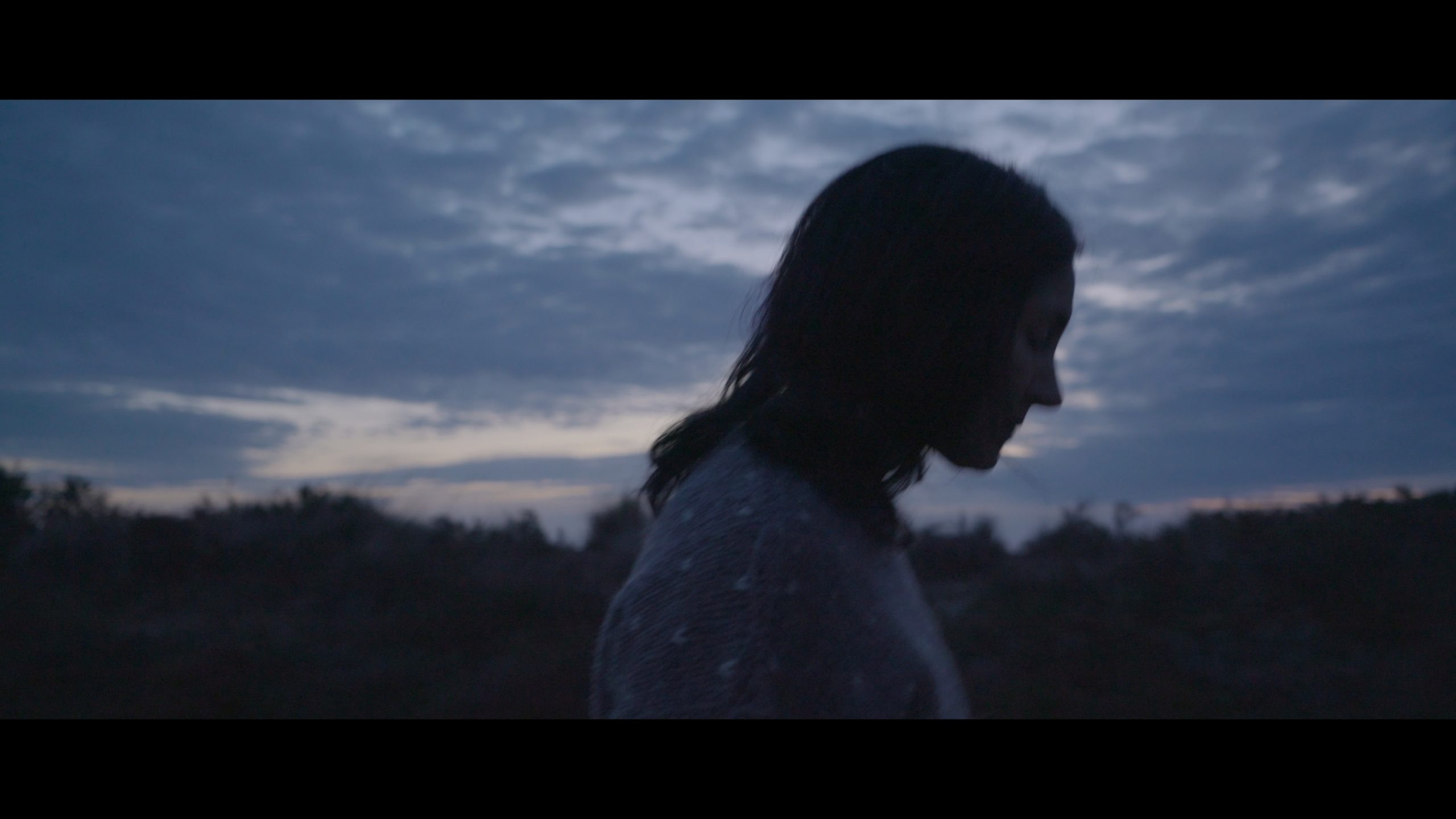 Lauso la mare e tente’n terro, cleverly combines features of fact and fiction present in the other two works.
The spectator follows two lonely characters, a man and a woman,
one speaking in French, the other in English. Their confrontation on the screen through a succession of images indicates a distance between their two worlds, one coming from the South and the other from the North, yet connected by their posture facing the sea. The narration takes place in the form of off-screen voices, hidden off-screen images and, on the contrary, narration in the foreground. The texts are spoken in varied tones, ranging from the point of view of the thinker and poet subtly recounting the origins and consequences of the invisible problem of rising sea levels. The figure of the thinker appears either in an extrovert form, embodied by man, with geopolitical and socio-historical landmarks, or in a deep introspection by the two characters.